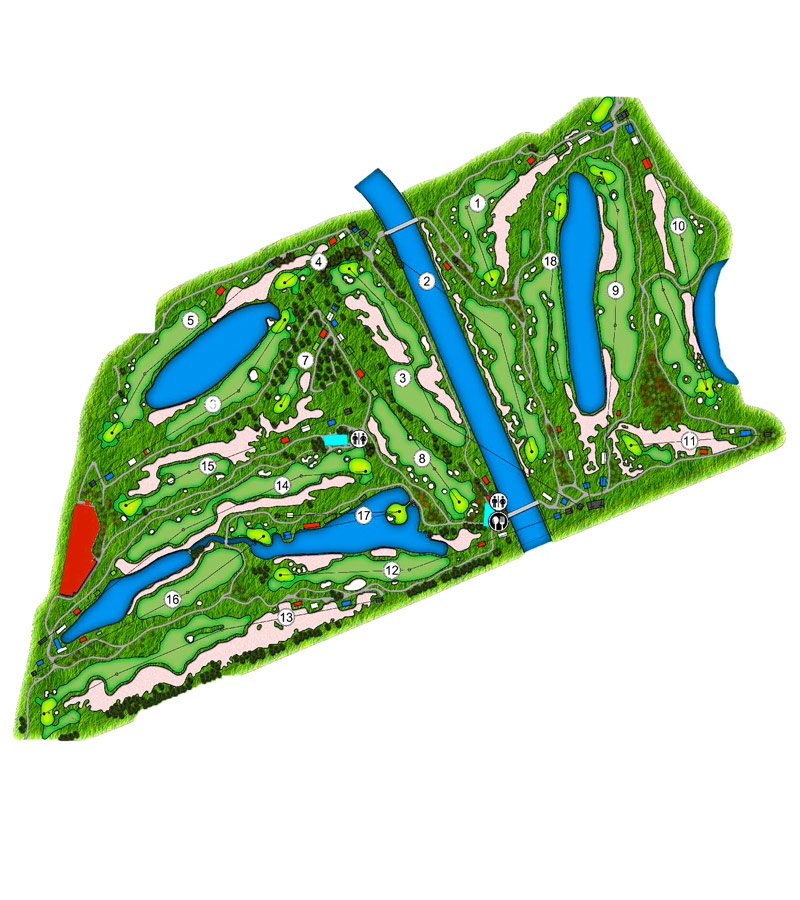 Laguna National's Classic Course revels in its reputation as one of the most difficult and dramatic tests of golf in Asia. Known locally as 'The Beast', due to its formidable challenge, the Classic unfolds over hilly terrain that is unparalleled in golf in Singapore.

Visually stimulating and refreshingly bold in its presentation, the Classic challenges every element of your game. Featuring more than 146 bunkers, undulating putting surfaces and five water features, the course can play to less than 5,000 yards for juniors yet stretch to 7,471 yards for the pros.

Originally crafted in 1993, the course underwent a redesign in 2010. In 2017, a full reconfiguration, including the addition of two new holes and a re-routing of the renovated holes, was implemented to renew authenticity, soften angles, shape faster greens, enhance playability and modernise fairway and tee grasses.

One of the main goals of the redesign was to make the course more playable and accessible. This resulted in new tees, new entry/exit points on all fairways for buggies and more manageable approach shots into greens.

From the perspective of both design and temperament, it's truly a one-of-a-kind offering in the region. So, make sure to bring your 'A' game with you.